Pomsky Breeding Process | All about Pomskies 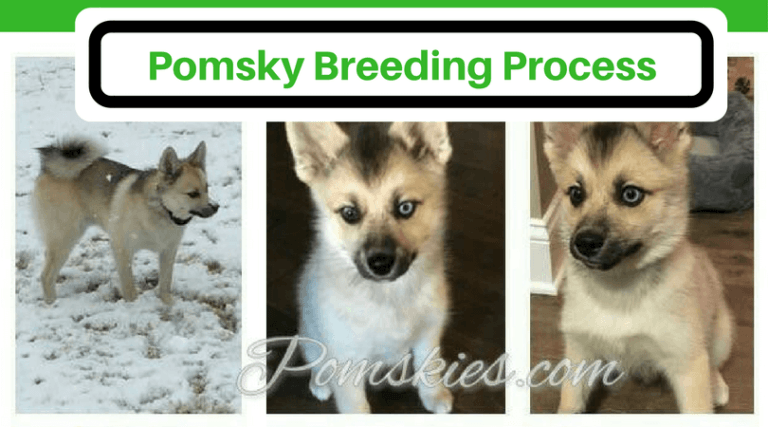 Pomskies are known as the designer breed of dog. The male Pomeranian and female Siberian Husky dogs are crossed with each other which result in the new breed of dog named as Pomsky. This new breed of dog is extremely cute that enjoy the features of both the breeds – Siberian Husky and Pomeranian. Readers must be excited to know the facts about how to breed Pomsky puppies? To know the facts, I would like to discuss some of the steps through which you will gain knowledge about their breeding process.

1) It is risky to mate naturally Siberian Husky and Pomeranian, so through artificial insemination breeding is done between both of them. Usually, male Pomeranian and female Siberian Husky is used for crossbreeding.

2) The semen from the male Pomeranian is collected and kept it frozen. Immediately it has to be inserted in female Husky.

3) If you want to store it, then it will stay in good condition only for a day that too also if it is kept chilled.

4) Freezing the insemination will decrease the probability that it will be successful.

5) The insemination is done at the appropriate time that is at the period of the ovulation.

6) It is preferable to inseminate the female around four days before the beginning of ovulation. More specimen should be inserted after every 48 hours till the last deposit is used. After ovulation, it should be done in 48 hrs. As a result, the success of insemination will increase with the growing size of the litter.

Both the process of collecting the specimen and insemination is complicated. So, it is preferable to have the collection by encouraging the male dog with the help of female in the heat. The collection process will increase in the proper way if the female dog in the heat can arouse the male dog.

To have Pomskies are comparatively expensive as the breeding process is complex that can be done under the guidance of veterinarians. The female dog in heat will be mounted by the male dog which results in the deposit that is collected in the container kept in the way. In this way, the specimen is collected. Only the experienced breeder can handle the process carefully.

The cost of Pomsky is higher as they are rare in number. The breeding is generally done between a male Pomeranian and female Siberian Husky so that the problem of having smaller Pomeranian breed large puppies can be avoided.

Hope from the information mentioned above you will get an idea about the pomsky breeding process. The process is complicated, but with proper guidance and planning, it can be proved successful. By reading this article reader will get an idea about how to make Pomsky? The buyer should visit the authentic breeder to buy real pomsky. The only reputable breeder that have their online existence and lots of reviews will provide with the list of Pomskies.

As a buyer, you have the right to ask the breeder ample of questions regarding pomsky breeding. It would be better not to invest on buying unless and until you as a buyer is fully satisfied. Normally it’s cost is between $1,500 to $5,000 which is the higher price tag. So, you have to be attentive to buy the right original breed instead of buying the fake kind. The breeding process guide will help you to know about their evolution.